Okean Elzy (Ukrainian: Океан Ельзи, translation: Elza’s Ocean) is one of the most successful and popular Ukrainian rock bands, formed in 1994 in Lviv. Dolce Vita is the 7th studio album, released in early Spring of 2010.

Here is a translated excerpt from an interview with Okean Elzy in 2010 regarding the design of the album cover:

“I have already heard that this is a 'Play' symbol, or guitar mediators, or male and female principles with one turned in other’s direction, and many other options, — said Vakarchuk. I’d better tell you a joke on this subject. Siegmund Freud’s wife asks him: «Darling, I had a dream in which you and Carl Jung were walking across the field and hold cucumbers in their hands. He had a long and juicy cucumber, while yours was small, shriveled, yellow and tired-looking one. What does this dream mean?». Siegmund thought for a moment and answered: «You know, dear, sometimes a dream is just a dream.» So it is with us — I've never really though about what this [design] means, I just like it.” 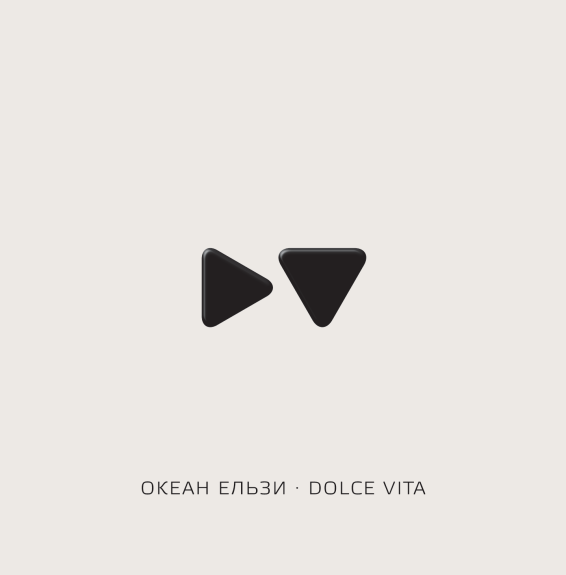