Buslaev Script is a typeface inspired by an ancient Russian manuscript known as Buslaev Psalter. This handwritten manuscript was created in the last quarter of the 15th century. It is called after the name of its researcher — Fyodor Buslaev (1818—1897), Russian linguist and folklorist.

First presented at TypeThursday Los Angeles in 2018 as an attempt to create a Latin version of an uncommon Cyrillic script, it was later developed into a unique typeface, filled with resemblances of Cyrillic, Eastern and Arabic calligraphy. 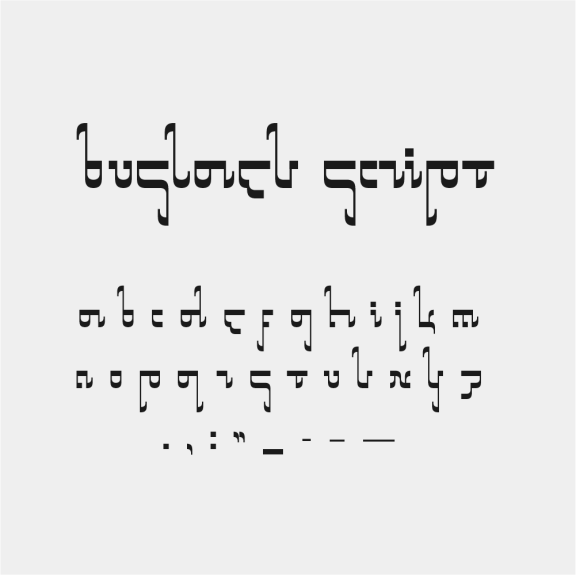